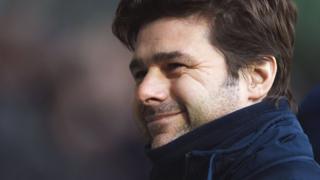 Mauricio Pochettino says he is "very proud" of his side after Tottenham won 3-0 away at West Brom.

Spurs have not lost in four trips to The Hawthorns since 28 December 2008, when Roman Bednar and Craig Beattie scored for the Baggies.

Championship: Rooney's Derby behind at Middlesbrough