MOTD pundit Danny Murphy expands on his TV analysis of why Chelsea defender Kurt Zouma stood out in Saturday's 1-1 draw with title rivals Manchester City, and what makes him such an exciting young talent.

It was a massive show of confidence by Chelsea manager Jose Mourinho to pick Kurt Zouma at centre-half against Manchester City, and he did not let him down.

It was a surprise selection because I was expecting Gary Cahill to come back in alongside John Terry in defence, but instead Mourinho went with a 20-year-old who had only started one other Premier League game before Saturday. 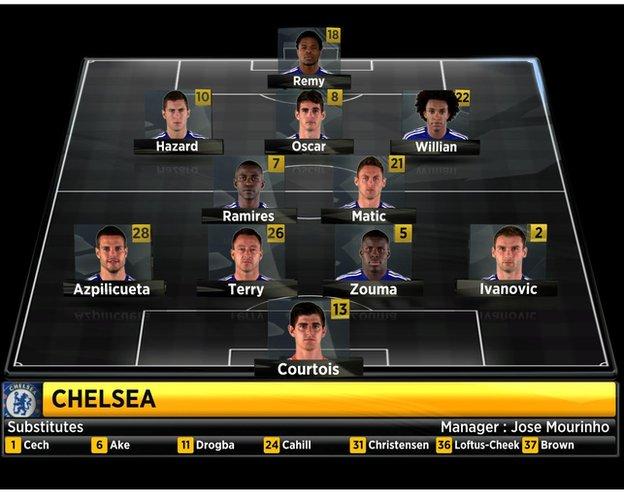 Zouma responded by putting in a brilliant performance against top-quality opposition.

He reminds me of France legend and former AC Milan and Chelsea defender Marcel Desailly with his power and presence, but the greatest quality he demonstrated against City was his calmness for his age - he did not once look panicked.

It would have been easy for Zouma to let adrenaline take over and make a rash tackle but he made the right decisions at the right times, and he knew when to stay on his feet.

And this was not against a lower-league team in the League Cup. He was playing against Sergio Aguero and David Silva, which makes what he did even more special.

A young player looking to prove himself

I also watched Zouma against Liverpool in the second leg of their Capital One Cup semi-final on Tuesday night.

What I saw was a man desperate to keep his shirt and to prove to the world he is a top-class player.

Before this week, we had not seen a lot of Zouma in a Chelsea shirt since they signed him for £12m from St Etienne in January 2014 and loaned him back to the French side for the rest of that season.

He signed for a lot of money considering his age, so my expectations were high. He did not disappoint me.

In the Liverpool game, particularly, his athleticism was tested by Raheem Sterling.

He got left one-on-one with Sterling a few times and coped with it well against one of the most dangerous players you could be up against in that situation.

Against City, a couple of wonderfully-timed tackles that he made on Aguero stood out.

Also, right at the end of the game, he made an absolutely colossal header to clear a cross when two City players were behind him, waiting to try to score the winner for City.

Even when he was beaten, his pace meant he was able to get back and recover.

He communicates well, is a handful in both boxes and his distribution is good, in that he does not try to do things he cannot do.

Zouma certainly did not look inexperienced or short of confidence, which are the factors that might mean you do not risk a young player in a game like that, especially in such a key position. 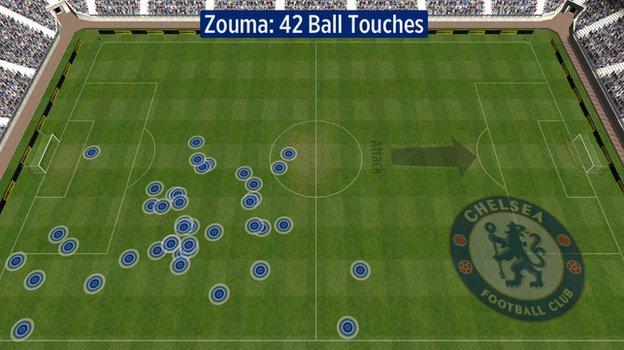 I always think the fans' reaction to a player tells you a lot too.

Near the end, he made a couple of tackles and the Chelsea supporters were all singing his name.

Remember, this is only a few games into his Chelsea career. You can imagine what he will be like in a year or two, after learning from Blues skipper John Terry who is one of the best Premier League centre-halves we have ever had.

Chelsea are not short of options at the back

It is early days but Zouma has shown that he could be Chelsea's centre-half for many years to come.

With his athleticism and pace, in many ways Zouma is the perfect foil for Terry who, at 34 is not as quick as he was. 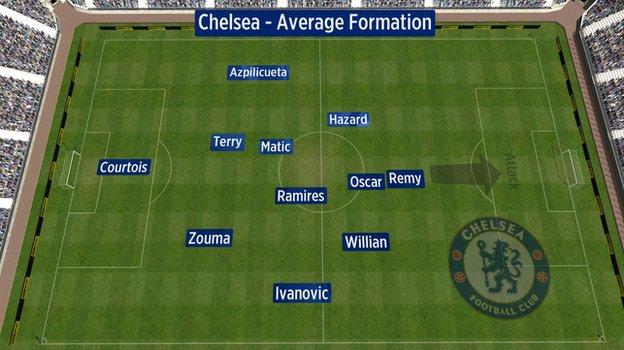 I am not suggesting Cahill has become a bad player overnight, because he has not.

But the England international has had a little dip in form recently after playing so well for so long.

Now Mourinho has to decide who to play at the back, but it is a brilliant problem for him to have, knowing he has got a young centre-half who can come in and perform like Zouma has.

His performance against City was a massive positive on the day because he helped Chelsea earn a draw that keeps them five points clear at the top of the table.

As well as trying to win the Premier League title, Chelsea are in the Capital One Cup final and still in the Champions League.

They could face a lot of games and you never know when injuries are going to come but Mourinho now knows that, with Branislav Ivanovic able to play in there as well, he has got four quality centre-halves competing for places.

That is something a lot of other top Premier League sides would love to have.