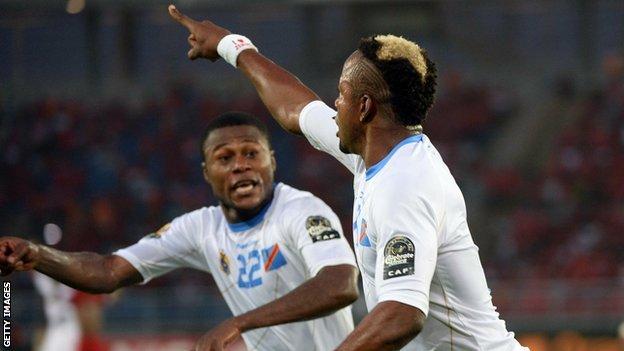 DR Congo coach Florent Ibenge has urged his side to forget their win over Congo and refocus for their Africa Cup of Nations semi-final against Ivory Coast.

"I've been talking about it all the time in training," Ibenge said of the need to look forward.

"We have to really get our concentration back and focus on what is going to be a really tough encounter.

"Our last game was one of great emotion but I've been working hard to get all the euphoria behind us."

DR Congo booked their place in the last four of the tournament after a thrilling come-from-behind victory over neighbours Congo.

They were 2-0 down just after an hour of the quarter-final in Bata but scored four goals without reply in the last 25 minutes to pull off a fantastic comeback.

However, Ibenge is aware that his players cannot afford to look back, and must prepare for a new challenge against favourites Ivory Coast.

"We expect a game full of a lot of tactics, very physical and with the need for strong mental concentration," Ibenge added.

"It is difficult for the players in what will be their fifth game after two weeks of this tournament and also a couple of weeks of preparations before the tournament.

"It will be complicated for us but we hope it will as difficult for them."

DR Congo last played the Ivorians in the qualifiers in October when they produced another thrilling performance to force a surprise 4-3 away win.

"But no two games are the same and we must forget that one.

"The Ivory Coast team has changed a lot since then, they have stiffened up the midfield and since Kolo Toure came back they've been a lot tougher to break down in defence."