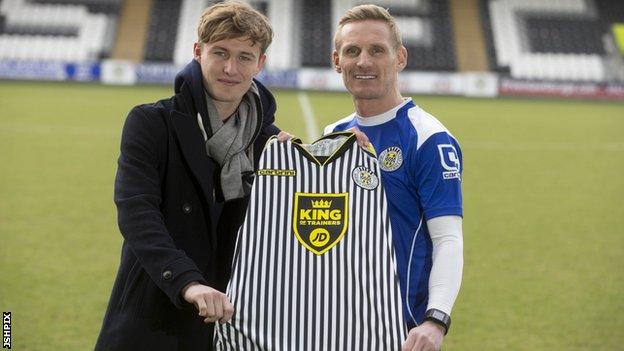 The Republic of Ireland Under-21 international has agreed a contract until the end of the season.

"He was very keen to come up to Scotland when I spoke to him before the transfer window closed," manager Gary Teale told the club website.

"He negotiated his release from West Ham to come up to St Mirren, which shows great enthusiasm."