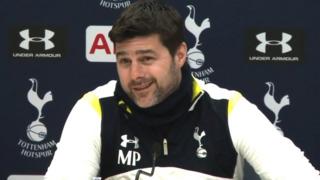 'I admire Wenger but he's not my friend'

Mauricio Pochettino admires Arsene Wenger but says the two are not "friends" ahead of the North London derby on Saturday.

The Tottenham manager believes his side have improved since their 1-1 draw at the Emirates in September and that there is a "good feeling" amongst the squad.

Arsenal sit two points above Spurs in the Premier League table but will be without top-scorer Alexis Sanchez at White Hart Lane.

Heading in training must be reduced - PFA