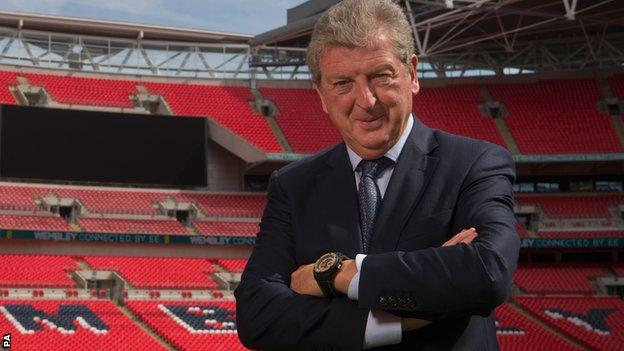 England boss Roy Hodgson will join Gary Lineker in the Match of the Day studio when Preston host Manchester United in the fifth round of the FA Cup.

It is the first time the two teams have met competitively in 43 years - and Hodgson will be at Deepdale on Monday, 16 February to offer his thoughts.

The tie, which kicks off at 19:45 GMT, is being broadcast live on BBC One and the BBC Sport website.

There is also commentary on the game on BBC Radio 5 live Sport.

Ahead of kick-off, Hodgson will join Brian Finney, son of the late Preston and England legend Sir Tom Finney, to draw the balls that will decide the quarter-final fixtures.

BBC One and the BBC Sport website will also screen Leicester City's trip to Aston Villa on Sunday, 15 February at 12:30 GMT.