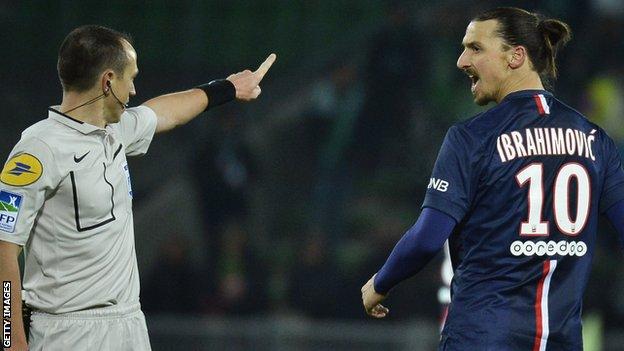 Fournier made the accusation ahead of Sunday's Ligue 1 match between leaders Lyon and third-placed Paris St-Germain.

"All the referees in this league get insulted by this person," he said.

"The referees are not bilingual or trilingual, so they don't understand. In a way, it's better to speak Italian or English to insult referees."

But Fournier has warned his players - and referee Clement Turpin - to maintain their composure if put under pressure by Swede Ibrahimovic.

"The person who is going to be most provoked is Mr Turpin," added 47-year-old Fournier.

"I don't want my team to provoke, I don't want us to insult the officials. I hope we remember not to fall for Zlatan's provocations."

PSG, who have won back-to-back titles, travel to Lyon after winning their last six matches in all competitions.