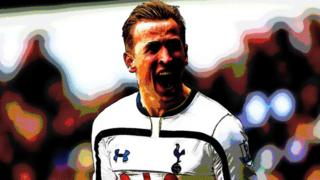 The 21-year-old striker has been called up to Roy Hodgson's England squad for the first time for the upcoming games against Lithuania and Italy.

The in-form Kane has scored 26 goals in 42 games this season.