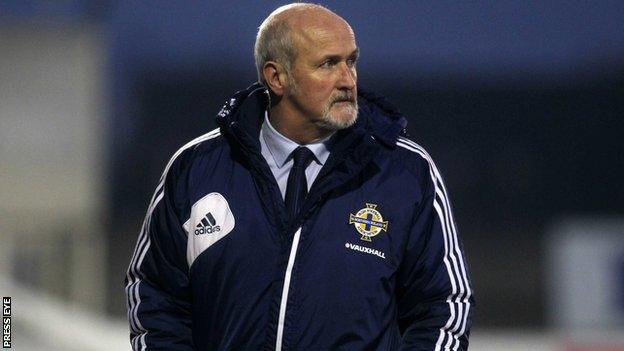 Northern Ireland women's team suffered a 4-0 defeat by Scotland in Sunday's friendly at Solitude in Belfast.

Jane Ross hit both posts before the ball crossed the line for the opener and Arsenal's Caroline Weir fired in to make it 2-0 two minutes later.

Weir struck a brilliant long-range effort into the top corner to complete her double early in the second half.

Scotland's Julie Fleeting came on a substitute midway through the second half as she returned to the squad for the first time since August 2011.

They will travel to Croatia next month for a mini-tournament against the hosts, Poland and Romania.

The draw will be made in April for the Uefa Women's European 2017 Championship qualifiers.