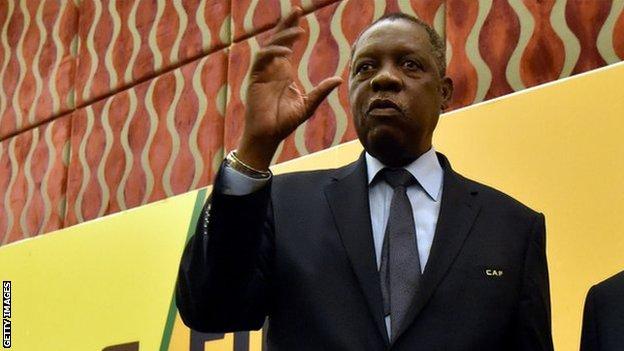 Confederation of African Football president Issa Hayatou wants to change the body's rules on age limits so he can continue into the next decade.

Caf requires officials who reach 70 to step down but a change will be proposed and discussed at a congress in April.

Hayatou's current mandate ends in 2017 and he is seeking four more years until at least 2021, when he turns 75.

The Caf statutes state that "at the time of their election, all candidates nominated to the Caf Executive Committee must be "Bona Fide" members of their national associations and must be under seventy (70) years of age."

But this will be scrapped if passed, as expected, at the congress.

The change in the rule follows success in recent years in adapting the statutes to limit potential opponents to Hayatou's rule.

Caf previously brought in a rule that candidates for its presidency can only come from the ranks of its own executive committee, a tight-knit club closely controlled by Hayatou. Fifa does not have the same restriction.

Cameroon-born Hayatou, a former athletics official, is already the longest serving senior member in Fifa structures, where he acts as vice president, and has had few challengers for power in Africa.