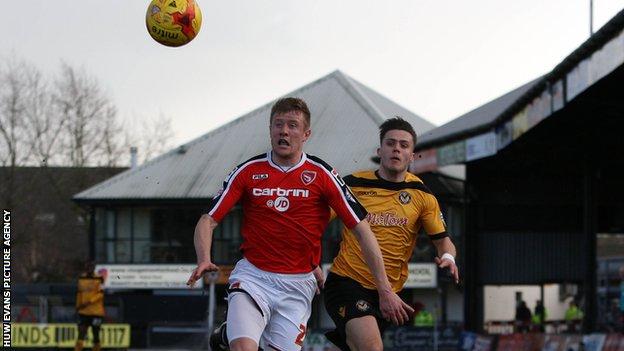 Redshaw slotted past Joe Day after just seven minutes and his side kept their discipline to hold on to the lead.

Newport lacked creativity and although Shaun Jeffers found the net his effort was disallowed for offside.

Morecambe's win moves them with six points of the play-off spots while Newport drop down to eighth.

"I didn't think we got going in the first half and didn't turn up. We seemed a little bit reserved and not starting well enough.

"In the second half I can't fault their performance and they've given it a go but they've given themselves Mount Everest to climb and you can't do that.

"We want to finish as high as we can so want to get some consistency going. They can either have an unbelievable finish to the season or it can all fizzle out."