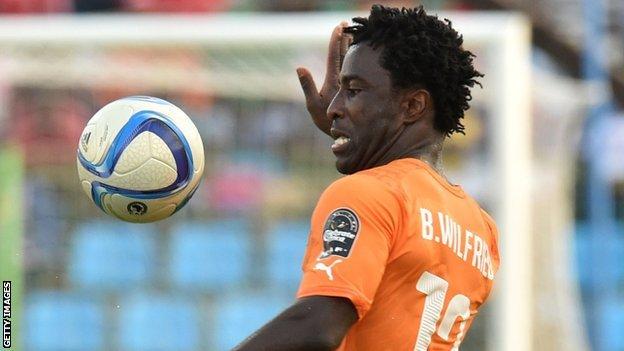 Wilfried Bony could finally make his bow for Manchester City on Saturday, over a month after he joined them.

The striker, 26, completed a £28m switch from Swansea on 14 January but has been at the Africa Cup of Nations, which he won with Ivory Coast.

Bony told the club's website: "It's not easy, I'll have had only five days of training before we play Newcastle.

"If I am needed, I have a good record against Newcastle - I've scored three goals in two games against them."

Bony scored 34 times in 70 appearances for Swansea and is used to the demands of the Premier League but he admits it could take time for City fans to see the best of him.

"I have to take it step by step and wait for the right opportunity to present itself," he said.

"It was really important to make this decision for my career and my life and I'm very happy to be a City player. I have spoken to my new team-mates and they have welcomed me to the club and I'm already feeling at home.

"Newcastle are a good side and are strong at the back but they are coming to our stadium and we need to win this game. Four days later we'll be playing Barcelona (in the Champions League) and we need to go into that game on the back of a strong performance."