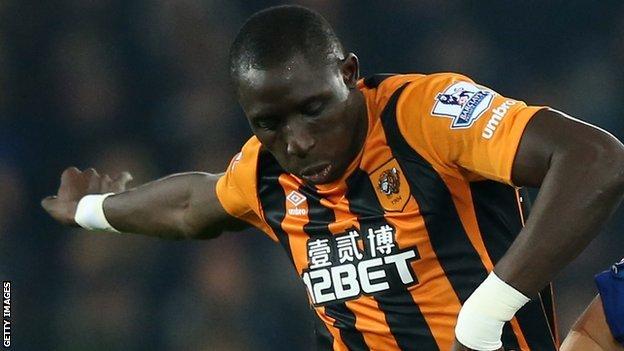 Hull and Senegal midfielder Mohamed Diame's comeback from injury has been delayed by a knock in training.

The 27-year-old has been out since 3 December with a knee injury but was set to return on Saturday against QPR.

"He's had a slight setback, he had a knock to his knee on Monday and we've taken him off it all week," said Hull manager Steve Bruce.

"He's had precautionary scans and X-rays and thankfully everything's okay, but he didn't want a knock there. "

Diame joined Hull from West Ham last September and made an immediate impact, scoring four times in his first five appearances for the Tigers.

Bruce is understandably eager to have the player available again, and the manager is confident Daime will be fit soon.

"We don't think it's going to be too long, in fact we hope he can be joining in with training in the middle of next week," added Bruce.

"The knock has set him back a week or 10 days so he won't be available on Saturday."