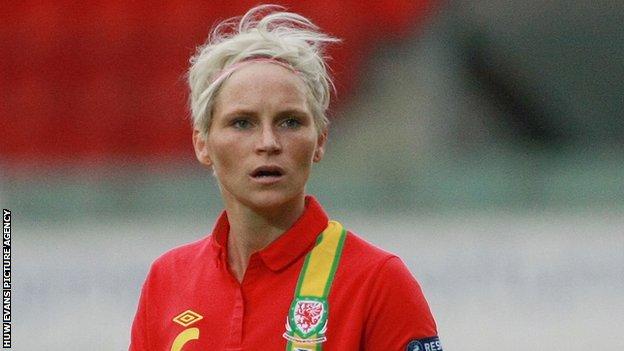 Wales captain Jess Fishlock is "disappointed" to have been left out of the Wales women squad for the Istria Cup friendly tournament in Croatia.

It is new manager Jayne Ludlow's first squad since she succeeded Jarmo Matikainen in October.

"If I take Jess... that restricts the new players' game time and it doesn't tell me anything," she said.

"I have four competitive games [in Croatia in March], which gives me an opportunity to play a lot of players who I haven't seen much of currently. I know what Jess can give us as part of the team."

Ludlow told a news conference Fishlock, 28, still had a future with Wales.

"She was disappointed," Ludlow added. "Captaining your country is a huge privilege and an honour. We had a long conversation the last time we were together about my reason behind it. She was very mature and took those reasons on board and reacted very positively to it."

On social media, Fishlock congratulated Ingle on the captaincy, adding: "Although I am disappointed not to be part of this squad, I am, and will continue to be, available for Jayne and the squad moving forward.

Wales narrowly failed to reach the World Cup playoffs after losing their final qualifying game 1-0 against Ukraine in September 2014.

The draw for the Euro 2017 qualifying groups will be held in April.