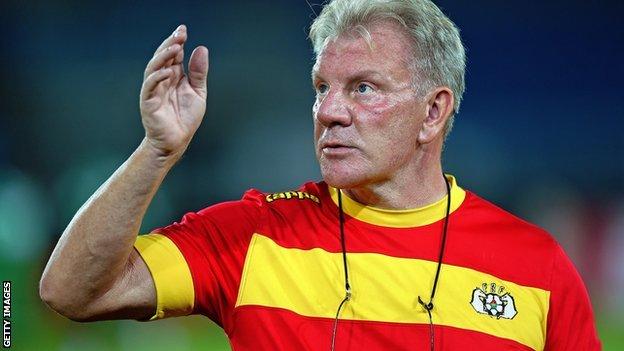 Ex-Burkina Faso coach Paul Put is among the names to be the coach of Senegal, who will announce their decision on 5 March, BBC Sport understands.

The post has been vacant since Alain Giresse quit after a disappointing Africa Cup of Nations.

"We are not restricting ourselves, so the new coach could be Senegalese or foreign," he said.

Belgian Put had three years in charge of Burkina Faso and led them to the final of the 2013 Nations Cup, but suffered a disastrous tournament in Equatorial Guinea this year as the team finished bottom of their group.

Another ex-Burkina Faso coach Paulo Duarte is believed to have made known his interest in the Senegal post, along with former Guinea coaches Michel Dussuyer and Patrice Neveu.

Other names linked to the post include French quartet Jose Anigo, Frederic Antonetti, Luiz Fernandez and Jean-Pierre Papin, as well as Michel Pont from Switzerland.

Amara Traore, who was in charge of the Teranga Lions between 2009 and 2012, leads and interested local cast, including former national team captain and current U-23 coach Aliou Cisse, Lamine Dieng and Oumar Diop.

Aliou Cisse, who played for English clubs Birmingham City and Portsmouth between 2002 and 2006, has openly expressed his desire to lead the 2002 World Cup quarter-finalists.

Senegal failed to qualify from their group in Equatorial Guinea.