Southampton midfielder Sadio Mane was dropped from the starting line-up against Liverpool on Sunday for turning up late, manager Ronald Koeman said.

The Senegal international appeared as a second-half substitute as Liverpool won the Premier League match 2-0.

"He was supposed to play from the beginning. We have rules we have to respect," Koeman told BBC Radio Solent.

"I had a problem because Sadio was too late at the stadium."

Mane had started Southampton's previous two matches, having returned to the club at the end of January after playing at the Africa Cup of Nations for Senegal, who were eliminated at the group stage in Equatorial Guinea.

Koeman, meanwhile, is confident his side can secure a top-four finish and a Champions League place - despite dropping to fifth after picking up four points from their last four matches.

Liverpool's victory was secured by a spectacular 25-yard curler from Philippe Coutinho and a second-half Raheem Sterling goal, with Southampton unable to score despite applying plenty of pressure, particularly in the first half.

Koeman said: "It's frustrating because we don't have the results we need and expect.

"Everything is about scoring goals and we have struggled there in recent weeks. I enjoyed watching Southampton today, but I was disappointed with the result.

"I have confidence that we can finish in the top four because we showed we are a very good team.

"You can't do anything about Coutinho's goal. I can't say Liverpool were the better team. Maybe they were cleverer, because they scored two goals and we didn't." 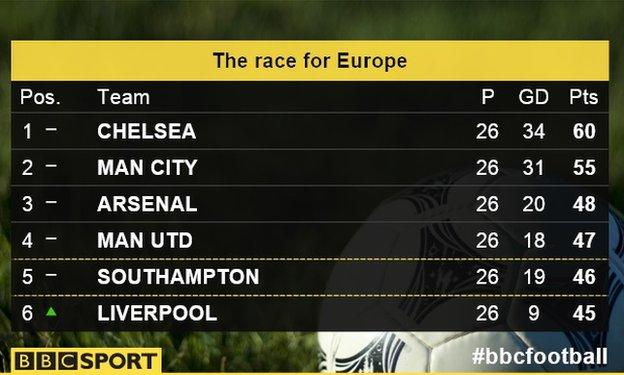