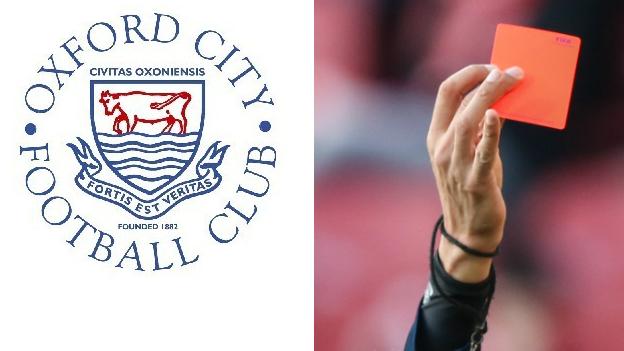 The English game is "lost in medieval times" says the chief executive of Oxford City who have had four keepers dismissed in the last six league games.

Oxford chief Thomas Guerriero said: "The referees are not being educated in how the game is being played globally.

"Not every foul by a keeper is a red card. This is not the 1960s. It is a completely different style now."

City were leading 3-2 when Aksoy was dismissed after 50 minutes for a professional foul. Mark Scott was sent off in the 5-0 win at Brackley on 7 February and Salva De La Cruz saw red against Barrow and in the previous meeting with Tamworth last month.

"I played in goal for 30 years and I was sent off once," said Guerriero, a Wall Street businessman, based in the United States.

"The idea now is for goalkeepers to use their feet, almost as an outfield player, not to just sit back on their line."