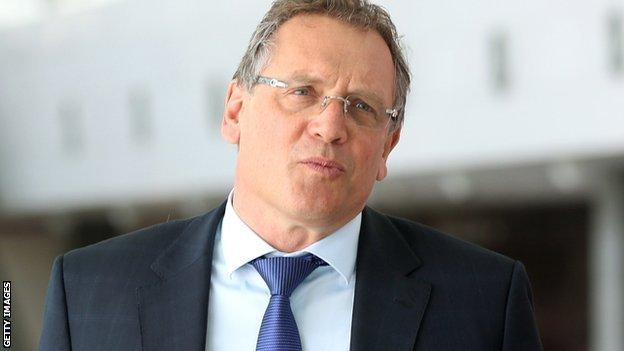 Fifa secretary general Jerome Valcke says the 2023 Africa Cup of Nations will be postponed from January to June to help move the 2022 World Cup.

A Fifa taskforce has recommended the World Cup is played in November and December to avoid Qatar's hot summer.

"The African confederation has automatically and nicely agreed it will not organise the Nations Cup in January 2023," Valcke said.

"It will have to postpone the Africa Cup of Nations to June."

The 2022 World Cup is set to finish in late December and the African Cup had been scheduled to start in mid-January 2023.

Valcke said the aim of postponing the continental event was "to avoid there being a release (from their clubs) of African players for the World Cup and again two weeks after for the Africa Cup of Nations.''

While Confederation of African Football spokesman Junior Binyam said the governing body is "100% behind the the proposals of the task force and will adjust its calendar accordingly", he added he was not yet aware of Fifa's decision to move the Nations Cup.

Protecting the World Cup from severe weather in Qatar may hamper the 2023 African Cup, however. The monsoonal rainy season in the West African nation of tournament hosts Guinea normally starts in June.

"We are all making a number of concessions to make sure that this World Cup can be played, for the players, for the fans, for the media, for whoever is attending the World Cup in the best conditions,'' Valcke added. "`It is not perfect, we know that."