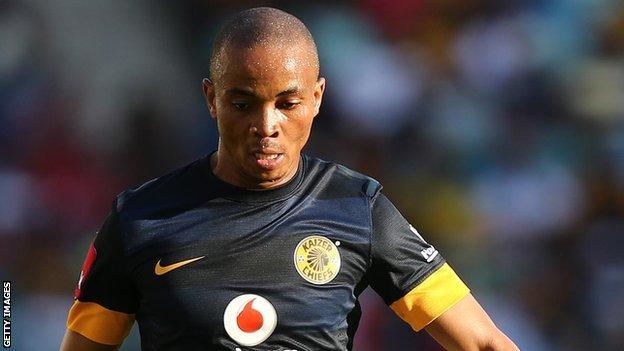 Guineans Kaloum pulled off a huge shock in the Champions League preliminary round by knocking out Sewe Sport of the Ivory Coast.

Kaloum held the 2014 Confederation Cup runners-up 1-1 on Sunday to give them a 3-2 aggregate win over the two-legged tie.

Just before half-time Kabongo Kassongo scored opening goal match, which was played at the Stade du 26 Mar in Mali because if the Ebola outbreak in Guinea, to put Kaloum 1-0 up.

Frank Guinza levelled on the night for Sewe but the Ivorians could not score again to save them from overall defeat.

The Guineans will go on to face Zambian side Zesco United in the next round.

Zesco beat Swaziland's Mbabane Swallows 1-0 in their second-leg tie on Saturday to earn a 2-1 aggregate victory.

Also on Saturday, Senegal's A.S Pikine edged through to the next round with a 1-0 victory over Etoile Filante De Ouagadougou of Burkina Faso, after the sides had played out a goalless draw in the first leg.

And South Africa's Kaizer Chiefs also recorded a 1-0 win, against Botswana's Township Rollers, to seal their place in the next stage with a 3-1 aggregate score.

Veteran playmaker Siyabonga Nkosi (pictured, top) scored the only goal of the second leg with a powerful strike in the 27th minute at the National Stadium in Gaborone, Botswana.

Elsewhere, Algerians U.S.M Alger sneaked past Foullah Edifice of Chad, despite losing 3-1 on Saturday. Having won the first leg 3-0, U.S.M. Alger went through on the away goals rule.