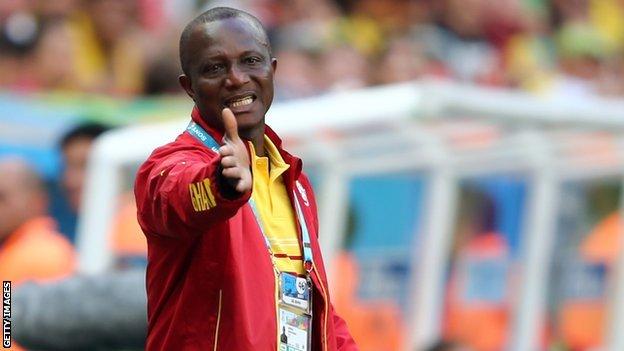 Ghanaian Kwesi Appiah suffered disappointment in the Confederation at the weekend as his Sudanese side Al Khartoum crashed out of the competition.

They went into their second-leg match against Power Dynamos defending a 1-0 lead but were beaten 2-0 in Kitwe on Sunday.

Alex Ngonga scored both goals for the Zambians.

He struck the first after only 20 minutes, beating two defenders before shooting into the corner.

And in stoppage time at the end of the second half Ngonga struck the winner from the penalty spot to send his side into the next round.