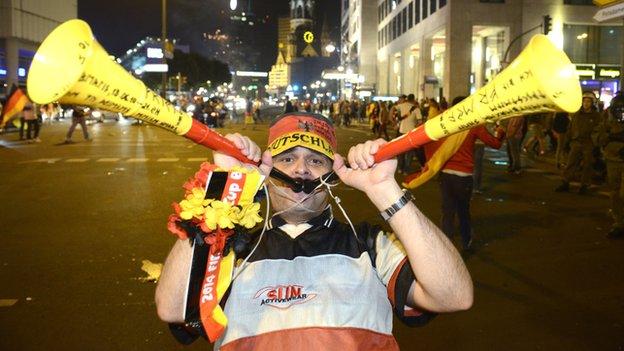 The plastic trumpets, which rose to prominence at the 2010 World Cup, can be as loud as 120 decibels - unsafe if heard for more than nine seconds a day.

Asked if they should be banned Chadha, an expert on preventing deafness, said: "Yes, well, vuvuzelas are certainly something we can live without."

The WHO also recommended fans wear earplugs when attending events.

"At the point when you can't understand conversation around you, you know that this is too loud," added Chadha.

Vuvulezas caused controversy at the World Cup in South Africa, with critics claiming that the noise was annoying, drowned out fan singing and ruined the atmosphere in stadiums.

In July 2010 English Premier League and Football League clubs banned them from stadiums and in the following September, European football's governing body Uefa followed suit, to prevent the air horns being used at Champions League and European international matches.