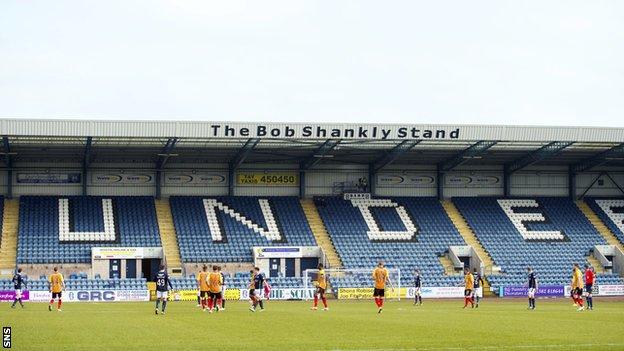 Dundee Football Club's losses rose to more than £3m over the financial year to 31 May.

The Dens Park club's annual accounts until then show that they were just over £3.1m in the red.

The club said in a website statement: "In our 2013/14 Championship winning season, the club reported a loss for the full year to 31 May, 2014 of £820,000, which was a significant reduction from the previous year's profit.

"That profit was earned during season 2012/13 when DFC were unexpectedly promoted to the SPL as runners-up in the previous year's Championship.

"Notwithstanding this loss, after taking account of the capital injected in the business during the year, the net worth of the company improved by £100,000.

"Clearly our cost base did not fall sufficiently in 2013/14, as our revenue following relegation from the SPL dropped by over 18% while our operating expenses actually increased.

"We had a significant playing budget during the year and a larger management expense than we have now.

"Plus, there were also a number of one-off payments to several members of staff who left the club.

"We continue to make steady progress as a club and are working hard within a totally debt-free environment to reduce our net balance sheet liabilities and to build our club again on a firm financial footing for the future."