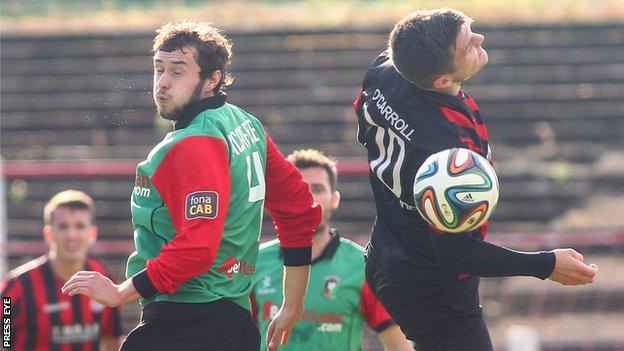 Premiership leaders Crusaders have been drawn to play Belfast rivals Glentoran in the semi-finals of the Irish Cup.

The Crues stayed on course for a possible league and cup double by beating Carrick Rangers 4-1 in the last eight while the Glens saw off Dungannon Swifts 3-0 at the Oval.

Last year's beaten finalists Ballymena United will face Portadown, conquerors of Linfield, in the other semi-final.

Both last-four ties will be played at neutral venues on Saturday 21 March.