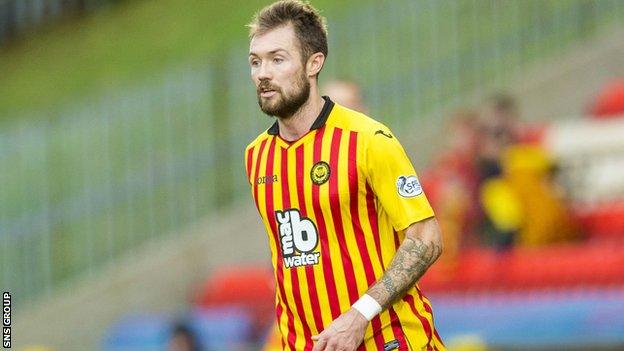 Having last featured on 13 December, it was announced in early January that the 26-year-old full-back had been suspended by the Premiership club.

No reason was given at the time and the Glasgow club say they will make no further comment on the matter.

McMillan made 13 appearances for the Jags this season.

After starting his career at Rangers, he moved to Firhill from Dunfermline in March 2013.

"The club, including all of its representatives and employees, will be making no further comment and now consider the matter closed."