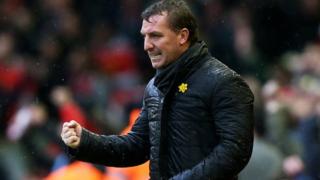 Liverpool manager Brendon Rodgers describes his side as "incredible" in their 2-1 Premier League win against Manchester City at Anfield.

Liverpool have claimed 26 points from the last possible 30 to move up to fifth in the table.