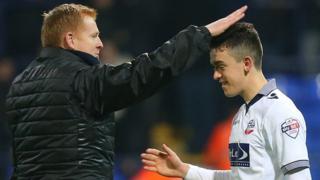 Being small has not hindered me - Clough

The 19-year-old scored the winner in the 1-0 win over Brighton in the Championship to take his record to six goals in nine matches this season.

Clough extended his contract until 2017 after his impressive start since coming into the first-team.