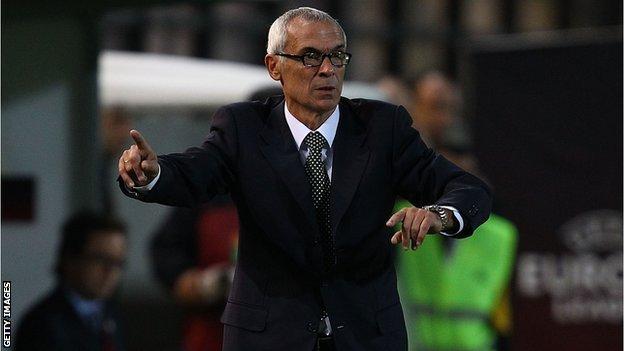 Argentine Hector Cuper is the new coach of Egypt, the country's Football Association said on Monday.

"The Egypt FA board, after a meeting held by his president Gamal Allam, has appointed Hector Cuper as national team coach," the EFA said on its website.

In his career Cuper has led Valencia to the Champions League final in 2000 and 2001, and in 2003 he finished second in Serie A with Inter Milan.

The Pharaohs missed out on the 2015 Africa Cup of Nations have not qualified for the World Cup since 1990.

Cuper, is believed to have been tasked with qualifying the team for the 2018 World Cup - and local media have reported that his contract will be terminated if he does not meet that target.

The 59-year-old has had some previous experience as an international coach, but he failed to win a match when in charge of Georgia boss between August 2008 and December 2009.