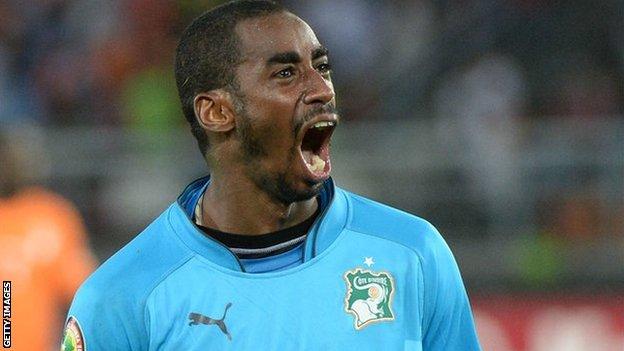 Ivory Coast goalkeeper Boubacar Barry has announced his international retirement, less than a month after his Africa Cup of Nations heroics.

Barry, 35, played a starring role in the final as the Elephants beat Ghana to lift the trophy on 8 February.

He saved two penalties in the shootout before he scored the winning kick.

"All good things must end. I decided to end my football career with Ivory Coast. I was proud to wear our jersey " Barry said on his Facebook page.

He also played in the 2012 Africa Cup of Nations final which Ivory Coast lost on penalties to Zambia.