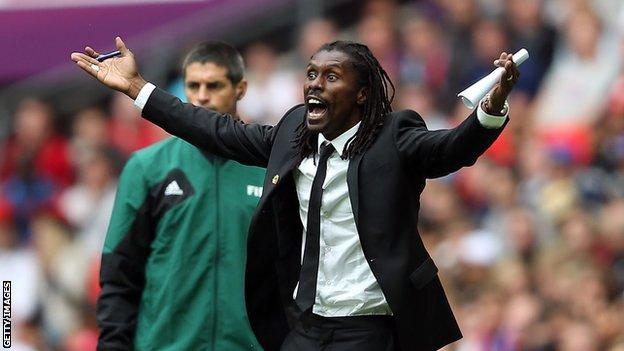 Former international midfielder Aliou Cisse has been appointed Senegal coach, the country's football federation has revealed in a statement.

The 38-year-old, who won 35 caps for Senegal, has signed a four-year contract, to be reviewed after the 2017 Africa Cup of Nations.

He takes over from Alan Giresse, who left after the recent Nations Cup.

Cisse has had spells as Senegal assistant coach and also as part of the coaching team for the 2012 Olympics.

He also brings experience of playing at the highest level with Senegal, having captained them at the 2002 World Cup where the team reached the quarter-finals.

Cisse began his football career at French side Lille and played for Paris Saint-Germain and Montpellier before his performance at the 2002 World Cup in the Japan and South Korea led to a move to England.

He played for English clubs Birmingham City and Portsmouth between 2002 and 2006.