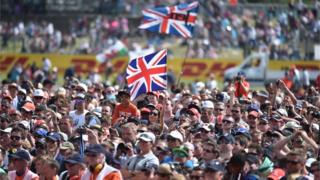 British GP to have 'festival' feel

Patrick Allen, the new managing director of Silverstone, is hoping that the 2015 British Grand Prix in July will have more of a "festival" feel than ever before.

Allen, who took over management of the circuit in January, has overseen radical changes to the pricing and allocation of tickets for this year's grand prix, in the hope to attract new and younger fans.

A combination of bands, fairgrounds, track access and the lure of Britain's two-time world champion, Lewis Hamilton, are all factors that Allen believes will bring the crowds.