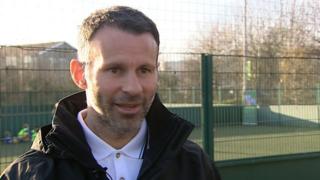 Van Gaal is brilliant for me - Giggs

Rumours of tension between the pair surfaced after Giggs appeared reluctant to fully celebrate Ashley Young's winning goal at Newcastle on Wednesday and his former United team-mate Paul Scholes has since questioned how long the Welshman will continue in the number two role at Old Trafford.

Giggs was appointed as the Red Devils' interim manager after David Moyes was sacked in April last year, winning two out of his four Premier League matches in charge.