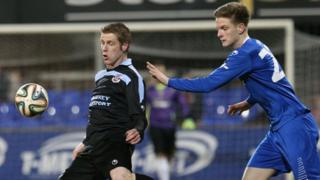 The victory moved Darren Murphy's men up to ninth place and away from relegation danger.

United boss Glenn Ferguson was not happy with his side's display and said his players could not be sure of places in the Irish Cup semi-final against Portadown.