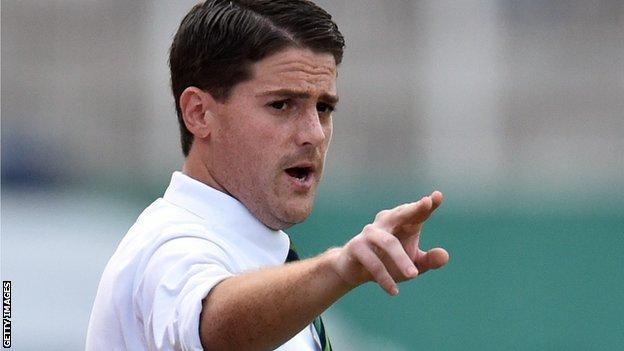 Northern Irishman Johnny McKinstry is in the running to become the new Rwanda coach after being named in a four-man shortlist for the post on Tuesday.

Rwanda are looking for a successor to the Englishman Stephen Constantine, who quit the post in January to take over as manager of the India national side.

Former Sierra Leone coach McKinstry, 29, is thought to be the favourite.

He was appointed by the Leone Stars at the age of 27 and led them into top 50 in the Fifa world rankings, losing only one of his first six matches.

But following defeats by Ivory Coast and DR Congo in the 2015 Africa Cup of Nations qualifiers, he was sacked - only six months after he was given the job on a permanent basis.

Weiss, also aged 49, is a former technical director of the Rwandan Football Federation (Ferwafa) and handler of the national under-20 side and has worked in Asia and in Romania.

The 44-year-old Fırat has extensively worked in assistant manager roles in Germany and Turkey, although his last job was with Iranian side Saipa.

Ferwafa says it will announce an appointment "in the upcoming days".