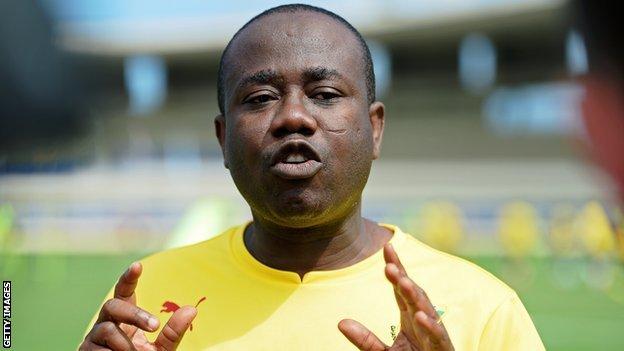 The Ghana Football Association has reported some top-flight players to law enforcement agencies over allegations they bet on their own team to lose.

Gargo has reportedly been sacked by the club for his post-match comments.

At a media conference, Nyantakyi explained why players had been reported but did not name anyone under suspicion.

"We have taken the necessary steps to arrest this canker, which we think if we don't confront it at this stage it could go beyond our imagination," he said.

"So the security agencies have been notified to do the necessary investigations and then will bring all culprits involved to book.

"We must bear in mind that betting is not illegal... but it is not allowed for players to engage in betting.

"Players of clubs and club officials are not supposed to get involved in betting - but that is the kind of disturbing phenomenon that has started developing here and we are very very worried about that.

"So I can assure you the FA is taking the necessary steps to contain it."