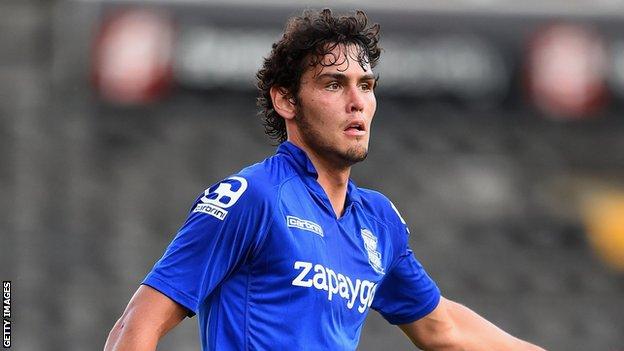 Cheltenham Town have signed centre-back Will Packwood from Birmingham City on loan until the end of the season.

The 21-year-old Blues academy graduate has made 18 league appearances for the Championship club.

USA youth international Packwood joined Colchester on loan in November, but was sent off in his only game for the U's, a 6-0 loss to MK Dons.

"He is a quick, strong boy, who talks a lot for someone so young," manager Russell Milton told the club website.

"He has played regularly for Birmingham and we now have four good centre halves with Pablo Mills, Troy Brown and Matt Taylor."

Cheltenham are 22nd in League Two, just one point above the relegation zone.