Zlatan Ibrahimovic was sent off 30 minutes into the 2-2 draw but PSG went through on away goals after extra-time, with the tie ending 3-3 on aggregate.

"Our performance was not good enough. The opponent was stronger, coped better with the pressure," said Mourinho.

"We tried to win but the moment they had 10 men we felt too much pressure."

He added: "Paris St-Germain deserved it. When a team can't defend two corners and concedes two goals to corners they don't deserve to win."

The French champions played the last hour of normal time and 30 minutes of extra-time without striker Ibrahimovic after he was sent off for a foul on Oscar.

Gary Cahill put Chelsea ahead in the 81st-minute but David Luiz levelled with a bullet header to send the game into extra-time.

Eden Hazard's penalty after Thiago Silva's handball looked to be sending the hosts through 3-2 on aggregate, following a 1-1 first-leg draw in Paris, but the Brazilian made amends with a header six minutes from time.

The result saw PSG gain revenge for last season's quarter-final exit at the hands of Chelsea.

"They have a reason to celebrate and I told my players it is not after a bad match that I kick tables and doors, it is time to be calm and analyse as a team," Mourinho told Sky Sports.

"They were aggressive, what we used to call 'clever' on the continent. In England, that is not accepted as clever.

"They did what they did, after the second goal there was no more game. Simulation of injuries, they stopped the game completely.

"It is the beauty of English football but in continental football the other teams are more prepared to cope with the mental side. I wouldn't say 'dirty', but the other side."

"We need to react. We have a Premier League to win. I told that to the players," added Mourinho, who led the Blues to the League Cup earlier this month.

"If we win the Premier League and the Capital One Cup it will still be a fantastic season." 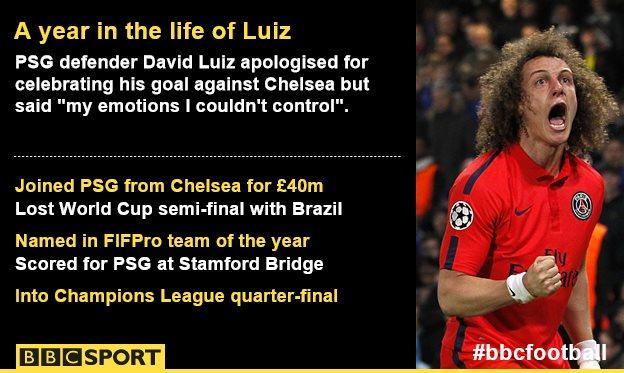 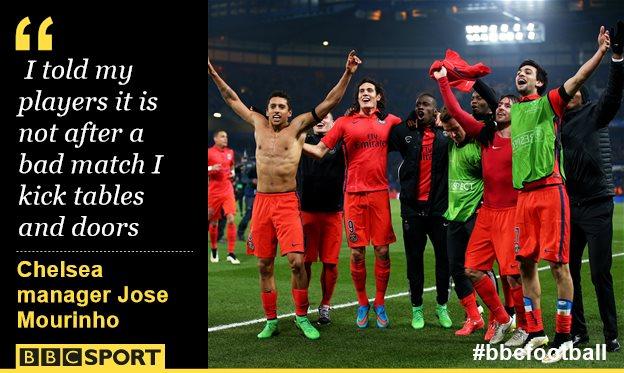 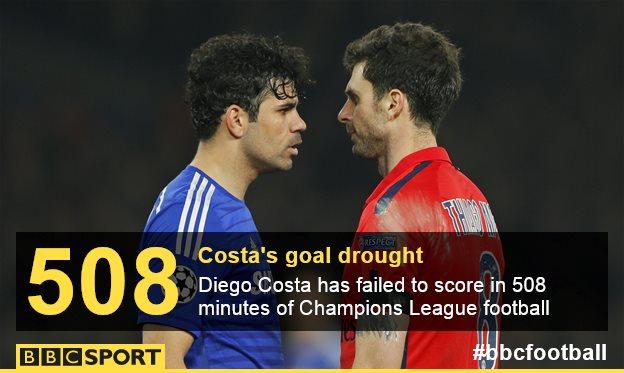