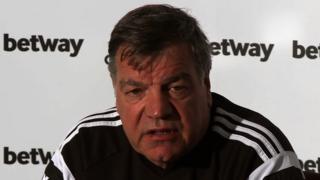 Chelsea have now joined Liverpool in being eliminated from the Champions League, with Manchester City and Arsenal also precariously placed going into their last-16 second-leg matches next week. Everton are the only English team in the last 16 of the Europa League.

Allardyce, a long time supporter of a winter break, says a congested fixture list over Christmas means players in England are mentally and physically fatigued and therefore at a "disadvantage" to their opponents on the continent, who take a break over the festive period.