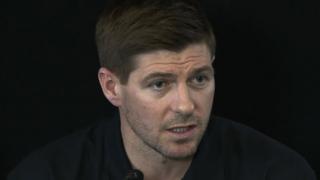 All players break the rules - Gerrard

Liverpool captain Steven Gerrard says players will try "every trick in the book" to win after Chelsea attracted criticism for their conduct in the Champions League last-16 defeat to Paris St-Germain.

Chelsea skipper John Terry defended his side's behaviour after Blues players surrounded referee Bjorn Kuipers as PSG striker Zlatan Ibrahimovic - who described the opposition as acting like babies - was sent off for a first-half foul on Oscar.

Gerrard believes Chelsea manager Jose Mourinho will not be worried about any damage his team's behaviour may do to his reputation and also expects English teams to bounce back next season.

Meanwhile Gerrard's former club-mate Jamie Carragher says he was disappointed "to see Chelsea so short" in their performance level.