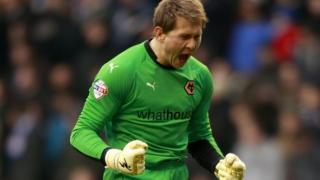 Wolves goalkeeper Tomasz Kuszczak tells BBC WM 95.6 he has loved every minute of his career in England, saying the football is the best in the world.

Kuszczak, who has spent nearly all his career in England with Manchester United, West Brom, Watford and Brighton, admits the six months he spent without a club after being released by the Seagulls last summer was an experience he "would not wish on anyone".

The Pole, 32, is now the number one at Molineux following an injury to Carl Ikeme.