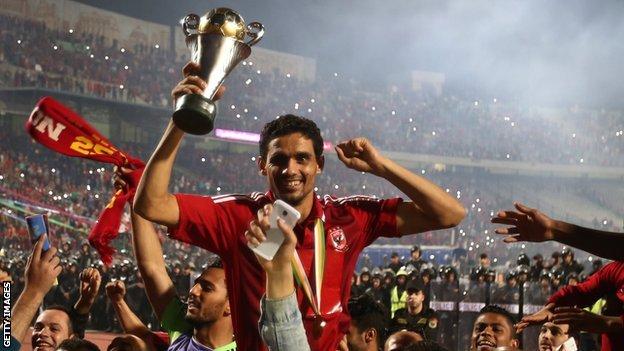 Swaziland police team Royal Leopard could not recapture recent Caf Confederation Cup giant-killing form and were held 2-2 at home by Angolans Petro Atletico at the weekend.

Leopard stunned South Africans Wits in the preliminary tie of the second-tier African club competition, wiping out a three-goal first-leg deficit before winning on penalties.

But Luanda-based oil company club Petro proved tougher opponents at Somhlolo Stadium in the first leg of their last-32 tie.

Mabululu shocked the police team with an early goal and Filhao levelled 15 minutes from time after Zweli Nxumalo and Juries Gama scored either side of half-time for the hosts.

However, the Swazis can draw some comfort from their only previous Confederation Cup appearance two seasons ago.

Held at home by US Tshinkunku in the first round, they travelled to the Democratic Republic of Congo and triumphed to become the only Swazi side to reach the last 16 stage.

South Africans Orlando Pirates conceded a stoppage-time own goal and a 2-1 win over Ugandans Revenue Authority in Soweto leaves the tie delicately balanced.

Goals off impressive shots from Rooi Mahamutsa and Lehlohonolo Majoro early and late in the match had put the Buccaneers in a seemingly comfortable position.

But Happy Jele headed into his net while trying to cut off a cross, leaving the Kampala club to dream of causing an upset when the sides meet again in early April.

Nigerians Warri Wolves built a 2-0 lead over Ethiopian visitors Dedebit thanks to goals from Oghenekaro Etebo and Gbolahan Salami.

But compatriots Dolphin face disqualification after arriving an hour late in Tunis suburb Rades for a fixture against Club Africain.

Rows over unpaid signing-on fees, salaries, bonuses and travel allowances delayed the departure of 2005 Confederation Cup runners-up Dolphin from west Africa. The match officials waited 40 minutes after the scheduled kick-off time and when the Nigerians did not appear, they called the fixture off.