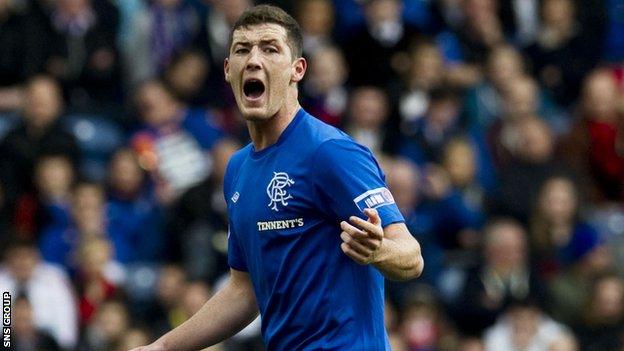 Northampton Town have signed former Rangers defender Ross Perry on a contract until the end of the season, subject to international clearance.

Perry, 25, started his career with Rangers, making 26 starts before moving on loan to Oxford.

He had a loan spell at Falkirk and then signed for Raith Rovers.

Cobblers boss Chris Wilder said: "I worked with Ross at Oxford, I know a fair bit about him and his character - and he impressed me then."