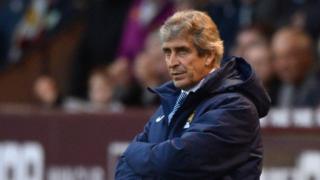 City won't give up on title - Pellegrini

Manuel Pellegrini concedes that Manchester City's hopes of retaining the Premier League title look "far away" following their 1-0 defeat at Burnley, but says his side will not give up hope.