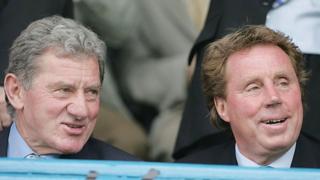 'I wish Redknapp got England job'

Former Portsmouth owner Milan Mandaric says that he "wishes" Harry Redknapp was given the job of England manager.

Redknapp was in charge of Mandaric's Portsmouth when they were promoted to the Premier League in 2003 as champions of Division One and also won the FA Cup with the South Coast side in 2008, beating Cardiff City 1-0 at Wembley.

Mandaric believes that 68-year-old Redknapp will 'definitely' manage again as football "is in his blood".

How do fans feel about a European Super League?

'Nothing untoward' in coded messages