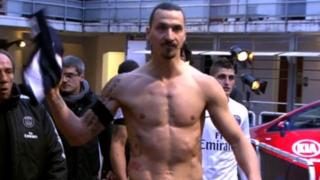 His remarks - broadcast by infosport+ - came after he scored twice in PSG's third league defeat of the season, which left them two points behind leaders Lyon.

Ibrahimovic later apologised via his Instagram account, saying he "was speaking in anger. My remarks were not aimed at France or the French people".