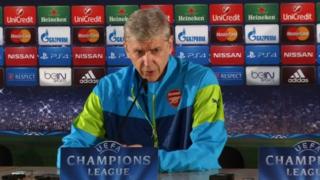 Arsenal can knock out Monaco - Wenger

Arsenal manager Arsene Wenger has "belief" his side can still knock Monaco out of the Champions League despite trailing 3-1 in their last-16 tie.

The Gunners play the Ligue 1 side on Tuesday with no team having recovered from a similar deficit in the competition.

Arsenal defender Per Mertesacker is "confident" ahead of the match and thinks the Gunners have the ability to beat any side in the world.

Follow the action from Monaco v Arsenal on Midweek Final Score with BBC Radio 5 live on this website and the BBC Red Button from 19:00 GMT on Tuesday 16 March. 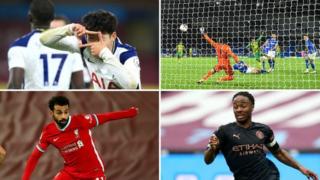