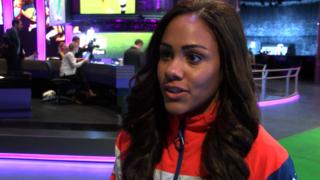 Arsenal Ladies' Alex Scott says there is "parity" amongst the eight sides in WSL 1, with each boasting a mix of stars and home-grown talent, while Chelsea Ladies' Claire Rafferty says the men's team at Chelsea have started to "invest" in the women's side.

The WSL 2 season kicks off on Wednesday 18th March when Aston Villa take on Everton, with the top flight commencing a week later when champions Liverpool host newly-promoted Sunderland.