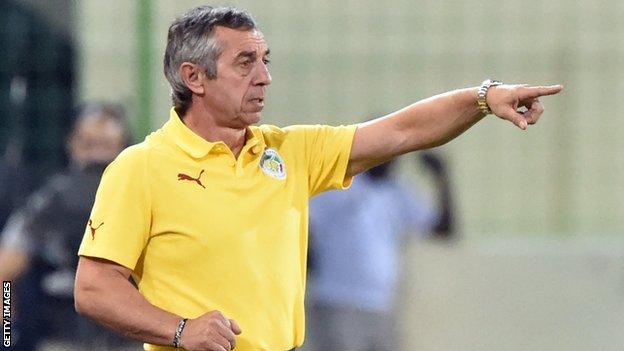 Former France midfielder Alain Giresse has been appointed coach of Mali for a second spell.

The 62-year-old succeeds Henry Kasperczak, who left the job after the Eagles' first-round exit at the 2015 Africa Cup of Nations.

Mali finished level on points with Guinea after the group stage but were knocked out after the drawing of lots.

Giresse also suffered a first-round exit at the tournament in Equatorial Guinea, as coach of Senegal.

During his first stint in charge of Mali, Giresse guided them to third place at the 2012 Nations Cup.

His first task with Mali will be to prepare for the start of the 2017 Nations Cup qualifiers in June.