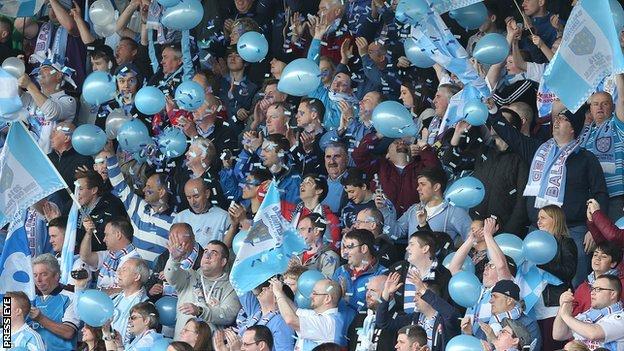 Irish Cup semi-finalists Ballymena United have issued a plea to supporters for good behaviour at Saturday's big match against Portadown.

They were initially fined £500 but the punishment was reduced to a warning after an appeal by United.

The statement issued by Ballymena said the club's directors feared severe action if their fans were found guilty of further misbehaviour.

It added: "We would ask supporters to follow the instructions of stewards and officials at all times and to report any untoward incidents at the earliest opportunity to safeguard other supporters on the day and protect the reputation of the football club.

"Supporters and officials are working hard to raise income to allow our manager's budget to increase, to promote ourselves as a family friendly club and to maintain the positive reputation of Ballymena United around the province.

" Incidents of spectator misconduct only serve to attract fines that detract from our budget, make it difficult for the football club to attract a broad range of new supporters and tarnish the reputation of the club."