Tottenham striker Harry Kane has earned a first senior England call-up for the games against Lithuania and Italy at the end of the month.

"I think the whole country is excited about Harry," said the England manager. "It would have been a surprise if he wasn't selected."

Kane said: "It's something I'd always dreamed of as a kid."

The forward's Tottenham team-mate, defender Kyle Walker, also returns to the national squad for the first time since November 2013.

England meet Lithuania at Wembley on 27 March in their latest Group E Euro 2016 qualifier before a friendly in Turin against Italy on 31 March.

Aston Villa midfielder Fabian Delph is back after missing November's games against Slovenia and Scotland with injury.

Only two goalkeepers are named after West Brom's Ben Foster was ruled out for a month with a knee injury.

"We regard Jack Butland as the third keeper," Hodgson added. "But our under-21s have a game on Friday, so we would prefer him to stay and play in that game. 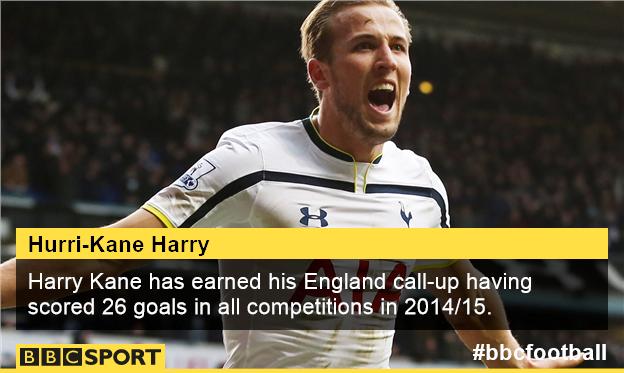 "He will be our third goalkeeper and will come with us if anything happens to the other two keepers in training or during the first game."

Under-21 manager Gareth Southgate will have to contend without his top scorer Kane, who has netted eight times in 10 appearances, for the matches against Czech Republic and Germany.

Alongside Tottenham's Walker and Villa's Delph, Roy Hodgson has brought two other faces back into the fold.

As well as West Brom's Foster, Arsenal pair Calum Chambers and Jack Wilshere miss out from the squad selected in November, as does club-mate Alex Oxlade-Chamberlain, who is injured.

West Ham midfielder Stewart Downing, West Brom striker Saido Berahino and Liverpool forward Rickie Lambert are the other absentees from Hodgson's last squad. Chambers and Berahino are in the under-21 squad to face Czech Republic and Germany. 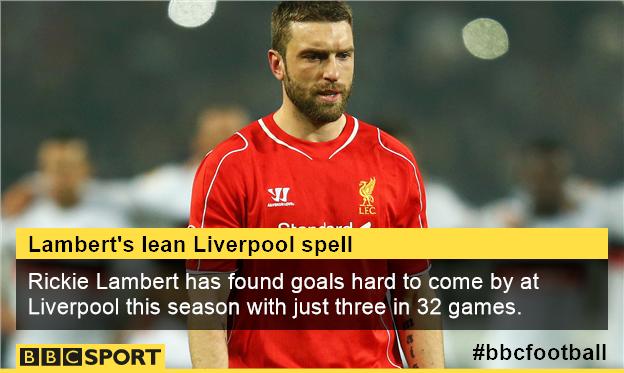 Hodgson on his future

Asked about life after 2016, when his current contract as national coach expires, Roy Hodgson said: "What I really want to do is to make certain is that I do the job I'm currently contracted to do to the best of my ability and hope there are no slip-ups.

"I hope when we go to France - and I believe we will qualify - we will give a good account of ourselves. I don't need to look beyond that."

Hodgson on English disappointment in Europe

Speaking after the elimination of English clubs from the Champions League, he said: "The Premier League is a great league and we have great players. That doesn't give you the right to win matches against teams from other countries.

"No doubt the Premier League and the top clubs won't want to lose the fourth Champions League place. But it is a fact of life that if you want four places then you have to get the points to keep that status. That this time we have teams going out is just one of those things."