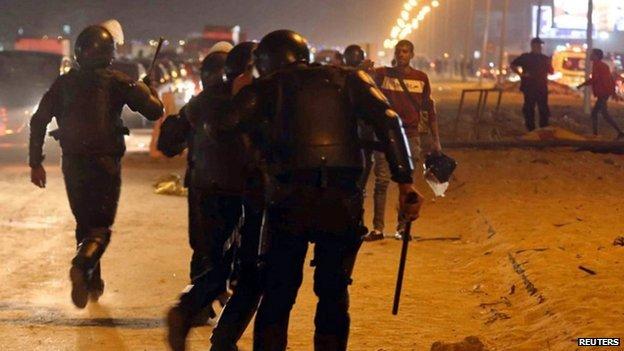 Egypt's Premier League will resume on 30 March behind closed doors, the country's government has announced.

The league was suspended on 9 February after at least 22 fans were killed in clashes with police at a Cairo stadium.

People were crushed in a stampede after police fired tear gas at supporters of Zamalek who were trying to gain entry to a match against city rivals ENPPI.

Egypt's public prosecutor said on Tuesday that 16 people had been charged with killing and inciting violence.